FRANKFURT, Germany, Aug. 9, 2022 /PRNewswire/ -- Gunzilla Games, a AAA game studio, announced today that they have raised a total of $46M in their latest investment round. This new round of investment will allow the studio to build out their new platform called GunZ, empowering players by granting them complete ownership over their in-game possessions. GunZ will be the foundation for "Off The Grid" (OTG). One of the OTG's standout mechanics is "in-game item trading", the first game where players will be able to buy new in-game items from other players who collected them in the game or acquired them from each other. Trading will be handled via an internal blockchain based marketplace or any third-party marketplace which supports NFT technology. This investment round is led by Republic Capital. Other major participants include Griffin Gaming Partners, Animoca Brands, Jump Crypto, Raptor Group, CoinFund, Shima Capital, Dominance Ventures, GSR, Kucoin Labs, Spartan Investment Group, AlphaCrypto Capital, Blizzard, Digital Strategies, Morningstar Ventures, Gamegroove Capital, NGG and Huobi Group, who will also assist in maintaining the technical infrastructure of the project. Notable angel investor and advisor include Justin Kan, co-founder of Twitch. 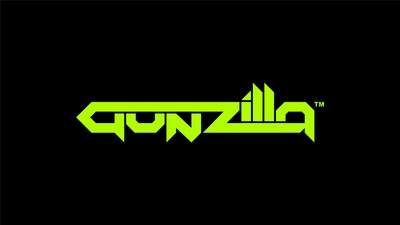 Gunzilla assures gamers that they will never sell NFTs directly to their player community, nor will they hide progression or any game features behind a monetized paywall, the trading is entirely optional. Gunzilla believes that the GunZ platform has the potential to radically change the core gaming experience for players, and those not interested in trading are able to completely skip this feature and simply enjoy the full game for free without any limitations.

Vlad Korolev, CEO and Co-Founder of Gunzilla, explains: "We are striving to provide players with complete freedom in every detail of OTG, and with each step of its gameplay. In OTG additionally to the core gameplay, players will be able to own and trade their in-game items with other players.  As well as assure players that their hard-earned items remain theirs to keep, no matter what. In today's free-to-play games, if you pay for something, it isn't yours. You do not, and cannot, own anything. Anyone can read the EULA of any game to verify this. If you're banned, for example, any item can be taken away from you, even if your ban is accidental. When you stop playing any free-to-play game, the money you've put in also disappears. We are re-inventing the system, putting the power back in the hands of gamers, and are using blockchain technology to make this happen. With OTG and GunZ, we are creating a universe that will set a new standard for the industry."

Players will also be able to take their items out of the game. As the universe of OTG continues to evolve, gamers will discover new items each time they play. In-game items that players can trade will include the one-of-a-kind characters that players create themselves, custom weapons, clothing items and accessories.

This investment round follows the recent released teaser-trailer of Gunzilla's new game OTG, a AAA Battle Royale 2.0, third-person shooter, led by the studio's Chief Visionary Officer and Oscar nominee Neill Blomkamp. A free-to-play (F2P) title, OTG, that features a strong narrative focus with unique gameplay mechanics and is due for release across next-generation platforms in 2023.

Brian Johnson, a Senior Director of Republic Capital, said "The Gunzilla team is nothing short of stellar with industry veterans having contributed to games that many of us grew up playing. We believe that free-to-play reigns supreme and that by combining it with an optional Crypto component, Gunzilla will lead by example, marrying the Crypto and gaming worlds. There's no doubt that the future of Crypto gaming needs to involve next-gen consoles, and we believe Gunzilla will allow this to happen with ease."

Founded in 2020, Gunzilla Games is a fresh, independent AAA developer working on its next-generation multiplayer shooter IP in three metropolitan locations: Frankfurt, Germany (HQ); Los Angeles, USA; and Kyiv, Ukraine. The company is helmed by serial entrepreneur CEO, Vlad Korolev and CSO Alexander Zoll. Gunzilla is built on the desire to innovate and push the limits of the industry.

Gunzilla's formidable team of talent come from a variety of industry-leading studios and publishers, including Ubisoft, Electronic Arts (EA), THQ and more. Oscar-nominated screenwriter, director and producer Neill Blomkamp joined Gunzilla as Chief Visionary Officer. In addition, the team features industry veterans such as Richard K. Morgan, the author of the Altered Carbon series, which has since been adapted into an award winning Netflix show. Gunzilla's Chief Technology Officer Timur Davidenko led the development of CryEngine as Technical Director, and worked on Far Cry, Warface and Crysis. Art Director Jussi Keteli was involved in the iconic Gears of War series, Star Citizen, and Hunt: Showdown.

GUNZILLA™ is a trademark of GUNZILLA LLC.

"PlayStation," "PS4" and "PS5" are registered trademarks or trademarks of Sony Interactive Entertainment Inc. All other trademarks and trade names are the property of their respective owners.